From sublime Istanbul to Venice the Serenissima on Le Jacques Cartier

Give in to the temptation of an exceptional cruise between the Bosphorus and the stunning Istanbul, and Venice and the shores of the Adriatic Sea. For ten days, sail the Mediterranean aboard Le Jacques Cartier between Turkey, Greece, Montenegro, Croatia and Italy.

Your cruise will begin in Istanbul, the gateway to the East between Europe and Asia, listed as World Heritage by UNESCO.

You will discover the volcanic island of Limnos, near the Dardanelles Strait. Protected during Antiquity by Hephaestus, the god of fire, this green and lush island has now become one of Greece’s major seaside resorts.

You will then head for the region of Thessaly, at the foot of Mount Pelion, in the port of Volos. Among the treasures of this region, you will be able to discover the Meteora, a magnificent set of sandstone rock formations listed with UNESCO, atop which monasteries were built.

On board Le Jacques-Cartier, you will take the astonishing Corinth Canal, a famous sea channel dug out by men in the 19th century.

Next Corfu, the most famous Ionian island, will reveal the hidden treasures of its Greco-Byzantine and Venetian architectural heritage. Do not miss the chance to visit the Achilleion, the luxurious neoclassical palace built for the Empress Sissi.

Your ship will chart a course north towards Montenegro where the Bay of Kotor, a UNESCO World Heritage Site will welcome you for a wonderful journey through four mountainous gulfs where sheer cliffs plunge into a deep blue sea.

You will then head to the aptly named “Pearl of the Adriatic”, Dubrovnik, a UNESCO World Heritage site. Surrounded by medieval ramparts, its terracotta-tiled roofs, its palaces, cloisters and fountains are bound to impress you and will plunge you into the heart of Croatian history.

Then the national park of the island of Mljet, surrounded by a wildly beautiful coastline, will be the occasion for a timeless interlude in the shade of the green oaks and Aleppo pines, between lush vegetation and saltwater lakes. You will also be able to discover the mountain island of Korčula and its medieval city, where Marco Polo was born.

After a stop on the magnificent island of Hvar, the last stage of your trip will take you to Rovinj, giving you an opportunity to discover this city with Venetian influences. Moreover, it proudly bears Venice’s symbolic winged lion on the Balbi's Arch, which you’ll be able to admire during a stroll through its picturesque town centre.

As a grand finale, your voyage will draw to an end in Venice the Serenissima and its lagoon.

In keeping with the philosophy of PONANT and the PONANT EXPLORERS, Le Jacques-Cartier combines the desire for adventure with five-star travel. A modern ship with slender, tapered lines, it is environmentally friendly and equipped with innovative technology.

Tastefully decorated, Le Jacques-Cartier reflects the universe so dear to PONANT, with its light tones and open-to-the-sea design providing soft light and luminosity at every instant of the day. Its ethnic chic ambiance pays homage to the destinations we visit.

Located below the waterline, the Blue Eye, the first ever multisensorial lounge, offers a unique experience: the opportunity to enjoy undersea views and the sounds of the marine world whilst sharing a glass together.

A French crew, expertise, attentive service, fine dining and more. Within a fully 5 star setting, we take you to discover exceptional destinations while offering you a travel experience that is both authentic and high end.

As the only cruise company sailing under the French flag, PONANT is an exponent for the French way of life across every sea on the globe. On board, this is translated through ex

A French crew, expertise, attentive service, fine dining and more. Within a fully 5 star setting, we take you to discover exceptional destinations while offering you a travel experience that is both authentic and high end.

As the only cruise company sailing under the French flag, PONANT is an exponent for the French way of life across every sea on the globe. On board, this is translated through exceptional services, a multilingual crew and bringing French know-how to the fore.

From secluded ports to secret seas, from forgotten beaches to remote lands, our experts choose itineraries that take you away from major tourist routes so you can enjoy unique cruises and shorelines that few have seen before.

Ships on a human scale

Thanks to our small capacity ships, we can dock in private ports and offer stopovers in preserved locations. On board, the limited number of passengers means that everybody can enjoy special moments and feel as though they are on a private yacht. 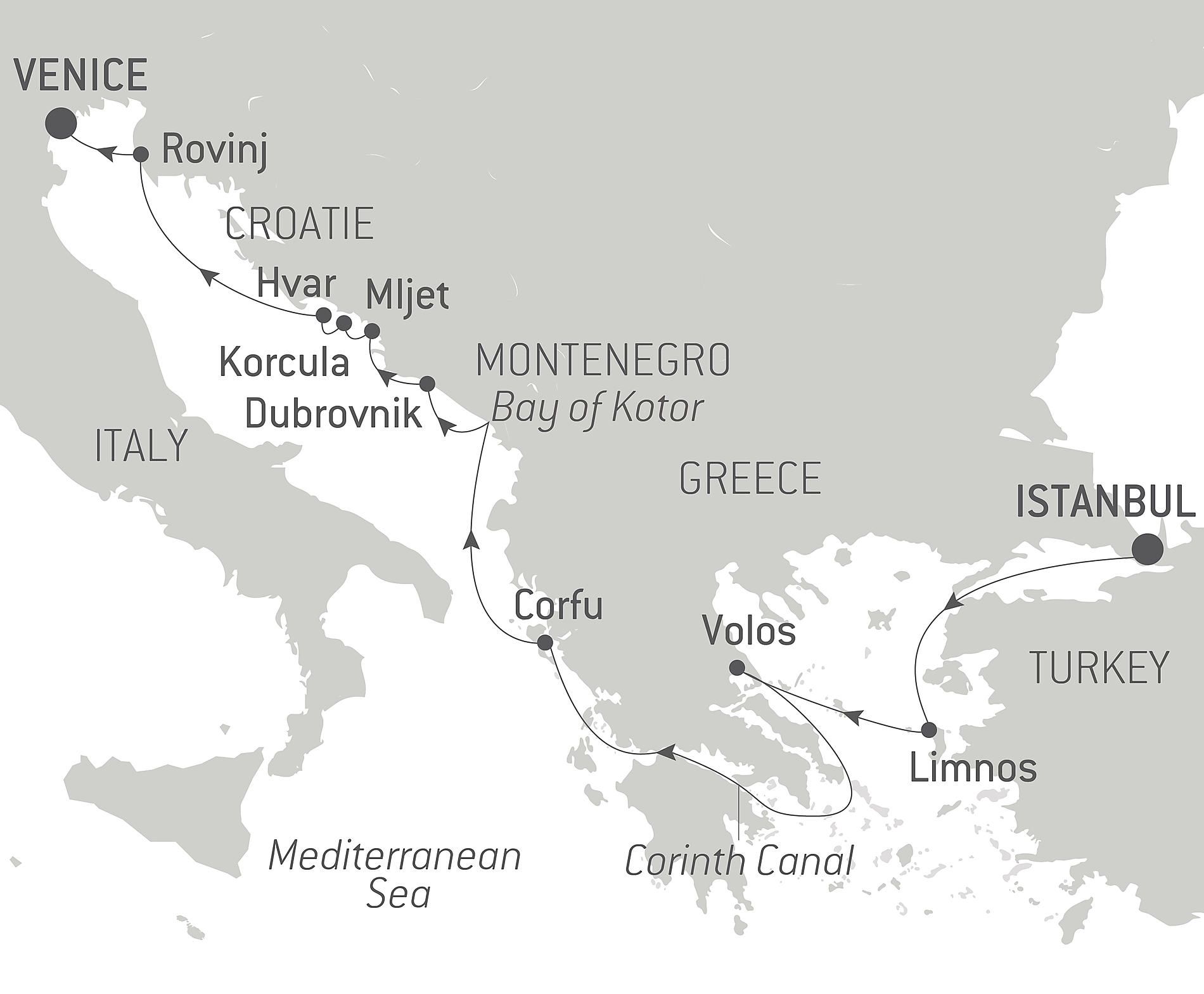 Prices are per-person based on double occupancy, unless otherwise noted.